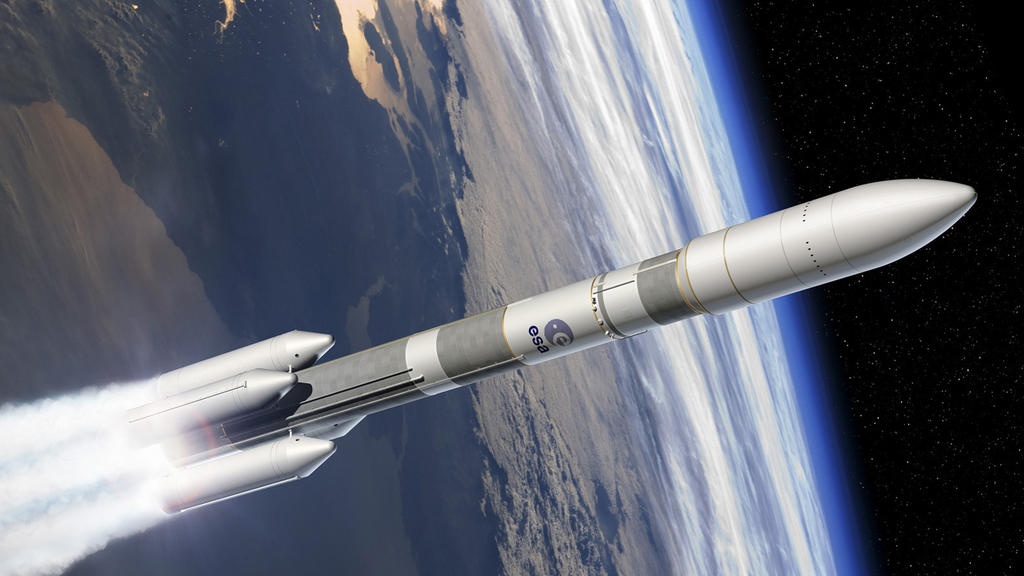 Charleroi, February 1, 2016 - Thales Alenia Space Belgium announced today that it has signed a contract with Airbus Safran Launchers (ASL), prime contractor for the Ariane 6 launcher on behalf of the European Space Agency (ESA), to particpate in development of the range safety system for Ariane 6, including a qualification launch.

The new Ariane 6 launcher was approved by ESA's ministerial-level council meeting in December 2014 to ensure that Europe retains its leadership in the fast-growing commercial launch services market, while continuing to address European requirements for government missions. Two versions of this launch vehicle are planned: Ariane 6.2, with two strap-on solid boosters, mainly intended for government satellites; and Ariane 6.4, with four strap-on boosters, capable of dual launches and mainly intended for commercial payloads. The first launch of Ariane 6 is planned for 2020.

The main function of the range safety system is to neutralize the launcher if its trajectory endangers people or property. The system's core comprises electronic units that are fully designed and built by Thales Alenia Space Belgium. These core units will be used in conjunction with other components, shared by the Ariane 5, Vega and Soyuz launchers, to form the entire range safety system.

This latest contract confirms the European space industry's confidence in Thales Alenia Space Belgium, an equipment supplier for the entire family of Ariane launchers (Ariane 1 to 6) for more than 40 years.