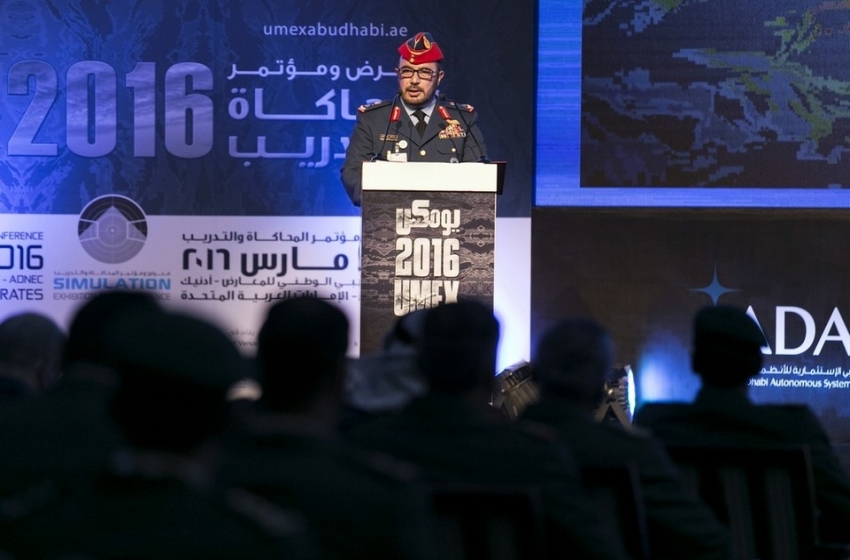 The announcement was made at a press conference by Brigadier General Rashid Mohammed Al-Shamsi, Chairman of Higher Organising Committee of the second Unmanned System Exhibition (UMEX 2016) and the pilot edition of the Simulation Conference and Exhibition 2016.

Other major deals went to CIA Inc. for the sale of AED404.8 million simulation systems and the International Flight Academy to train pilots on Blackhawks aircraft worth AED80.377 million.

Infox Simulation signed a deal worth AED160 million whereas the local player Al Badi won AED50 million contract to train technicians and operators from Republic of Belarus on Volate tanks.

Brigadier General Al-Shamsi said that the decision to separate UMEX exhibition from IDEX was made by His Highness Sheikh Mohamed bin Zayed Al Nahyan, Crown Prince of Abu Dhabi and Deputy Supreme Commander of the UAE Armed Forces, for the vital importance that the unmanned sector plays, especially in modern warfare. "All operations around the world now involve unmanned drones flying somewhere which gives support and enables officials to make better and more precise decisions," he said.

Al-Shamsi added that UMEX has been a very successful decision and size-wise grew 600% since 2015, when it was still part of IDEX. "We expect more growth for 2018 and we hope to attract even more companies in the sector which also include those that produce sensor equipment like radars, cameras, lasers and all those things required in the manufacturing of unmanned equipment," he said.

The chairman stressed the importance of unmanned for UAE’s vison saying that they will always be considering to get more local companies involved in growing and strengthening the sector. "This technology is very important to acquire, and to have the capability to do it yourself is a strategic goal we are trying to reach," he said.

"The UAE companies we are seeing like ADASI are part of Abu Dhabi’s vision towards aerospace manufacturing. These companies are part of the leadership’s direction to upgrade the level of manufacturing in the country and to become a hub for the industry in the region," he added.