Kuwait Signs Contract for the Delivery of 28 Eurofighter Typhoons 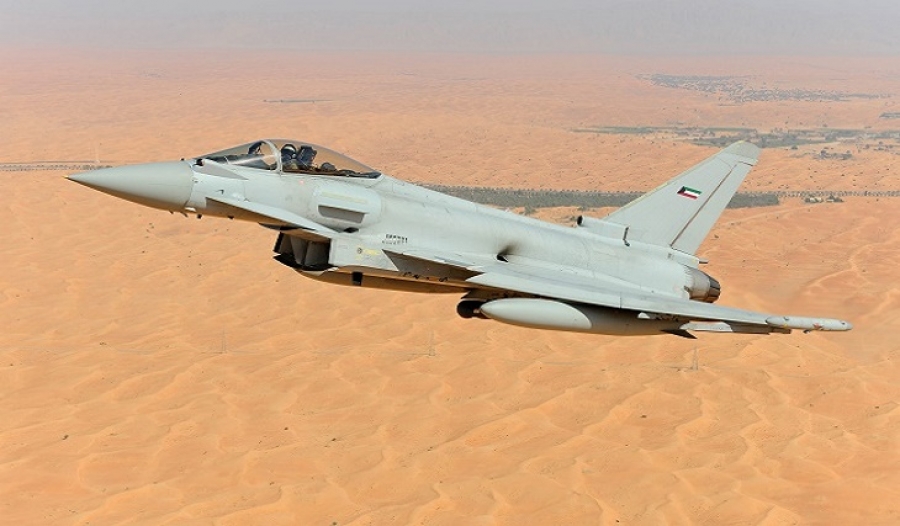 The contract signature for 22 single-seat and six twin-seat follows the announcement of an agreement between the State of Kuwait and the Italian Government for the procurement of the aircraft on 11th September 2015. The aircraft will be of Tranche 3 standard and will be equipped with the E-Scan radar.

The contract confirms the State of Kuwait as the eighth customer in the programme and as the third customer in the Gulf Region next to the Kingdom of Saudi Arabia and the Sultanate of Oman.

Speaking on behalf of the consortium and its Eurofighter Partner Companies (EPC) the CEO of Eurofighter, Volker Paltzo, said: “We are delighted to officially welcome the State of Kuwait as a new member of the Eurofighter family.

“The confirmation of this order is further testament of the growing interest in the Eurofighter Typhoon in the Gulf Region. It will enable Kuwait to benefit from the critical mass being developed in the Gulf and the many advantages that it brings to an Air Force in terms of interoperability, training and in-service support.”

Since entry into service of the first Eurofighter Typhoon at the end of 2003, more than 470 aircraft have been delivered to six nations: Germany, the United Kingdom, Italy, Spain, Austria and Saudi Arabia. The Kuwait order follows an order by Oman in December 2012 for twelve aircraft. Eurofighter Typhoon is currently in service at 22 operational units and up to now, the whole fleet has completed more than 330,000 flying hours worldwide.