AT4 ROQUETTE NG, CARL-GUSTAF M4 AND NLAW LANDS AT EUROSATORY 2016 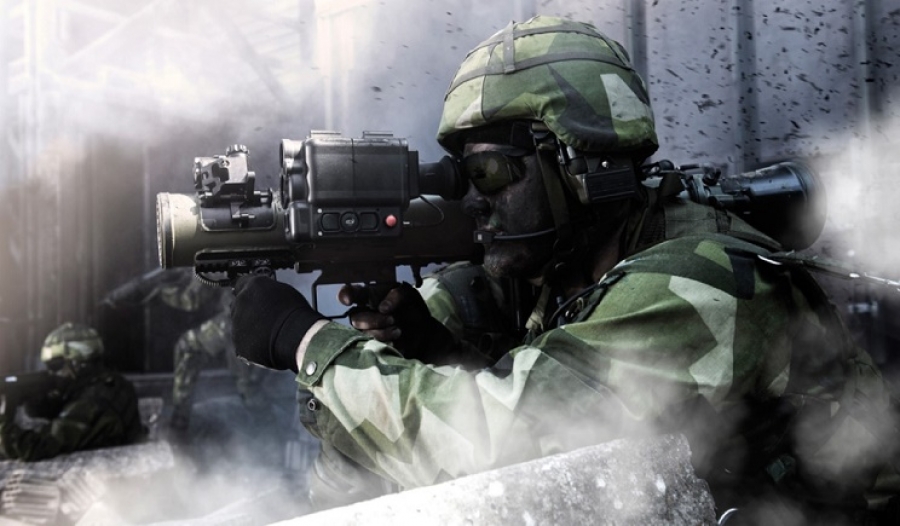 Defence and security company Saab, presents its wide range of ground combat products at Eurosatory 2016 in Paris, including AT4 Roquette NG, Carl-Gustaf M4, and NLAW.

Saab’s Carl Gustaf M4, AT4 and NLAW weapons systems enables a modern fighting force to become light, lethal and wired to meet the operational challenges of the 21st century. At Eurosatory 2016 Saab presents its whole range of support weapons and the interest for the systems is bigger than ever.

The Roquette NG family, which includes AT4CS ER (anti-armour extended range), AT4CS AST (anti-structure and breaching), and AT4CS HE (high-explosive anti-personnel), is on site together with the newly developed lightweight multi-purpose weapon system Carl Gustaf M4. Also, Saab´s anti-tank weapon NLAW is showcased to the attending audience as a response to the increased demand in Europe for lightweight disposable anti-tank weapons.

“We are here with our whole ground combat portfolio since the interest in both this region and others, like Asia-Pacific and North America, is huge for these kind of solutions. It is a great honor to present the Roguette NG weapon system to the visitors at Eurosatory for the first time since we received the order from the French Armed Forces in 2014”, says Henrik Vassallo, head of Country Unit France & Benelux.

“Besides the Roquette NG we are also showcasing our disposable anti-tank weapon NLAW together with our newly developed and reloadable multi-purpose weapon system Carl-Gustaf M4 which is on site for the first time at Eurosatory. We are really looking forward to this year’s exhibition”, says Vassallo.

Saabs´ versatile and powerful shoulder-launched support weapons can fill the capability gap between lighter support weapons or personal assault rifles, and heavy on-demand fire support. With greater flexibility in firepower and much-enhanced availability the unit’s striking capability can be improved whenever and wherever it’s needed.