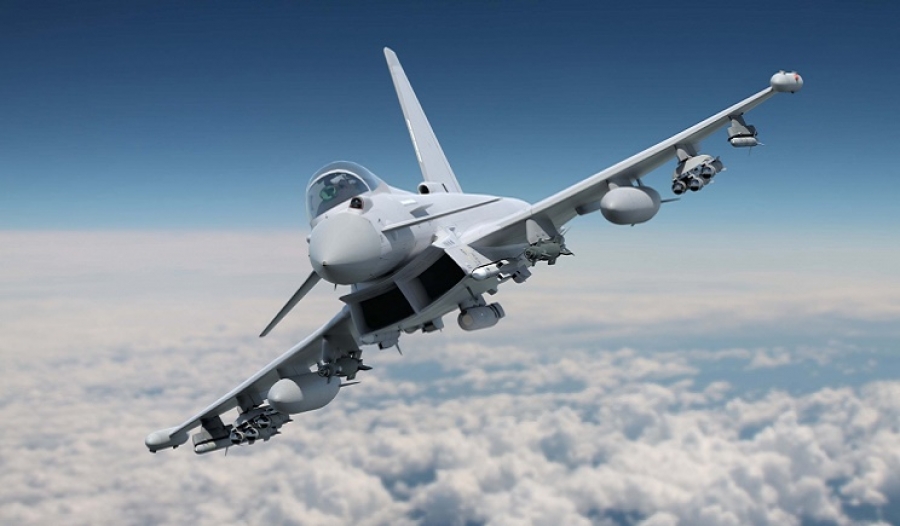 The UK Typhoon aircraft will take to the skies at the RIAT show on July 8, 9 and 10 followed by this year’s Farnborough International Air Show, with BAE Systems Experimental Test Pilot Nat Makepeace at the controls.

This is one of the first times a Typhoon aircraft has flown with this weapons fit and it demonstrates the significant milestones which have been achieved towards integration of these new capabilities on to Typhoon, providing the combat pilot with a full range of capabilities.

Typhoon provides air forces with a highly capable and extremely agile multi-role combat aircraft, capable of being deployed in the full spectrum of air operations.

This display will also demonstrate is that Typhoon, even with this weapons fit, loses none of the incredible agility and manoeuverability for which it is known.

A significant contracted programme of work is currently being conducted by the Eurofighter Partner Companies, with the support of MBDA, Eurofighter GmbH and the UK Ministry of Defence, towards the integration Phase 2 and Phase 3 Enhancement packages for Typhoon.

Phase 1 Enhancements were delivered on to the aircraft last year, underlining Typhoon as a high-end multi-role weapon system with unmatched air-to-air capability and the integration of Paveway IV for precision air-to-surface operations.