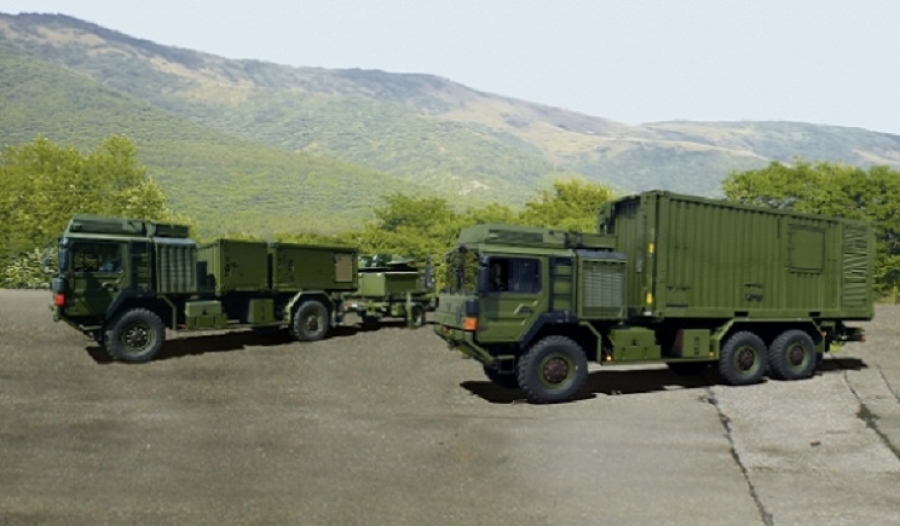 During the 2016 Warsaw NATO Summit, Airbus Defence and Space has showcased its newly developed Mobile General Ground Station (MGGS) to heads of state and senior NATO and national officials. MGGS is part of the NATO’s Alliance Ground Surveillance (AGS) System, which aims at providing the Alliance with an unprecedented capability of persistent surveillance, intelligence and reconnaissance over wide areas.

MGGS is the mobile deployable part of the AGS core, perfectly integrated into shelters and can be easily transported. Its exploitation component enables the processing and management of the radar images received, while its communication component ensures the distribution of Intelligence, Surveillance and Reconnaissance data to forward-deployed users, regardless of location or communications infrastructure in-the-field.

Radar images will be acquired by the Global Hawk remotely piloted aircraft and received via a direct or satellite broadband connection. Additionally, data from all interoperable C2ISR (Command, Control, Intelligence, Surveillance and Reconnaissance) systems operated by NATO and its member states can be received and evaluated. The exploitation results will provide information about stationary and moving objects on the ground to the local unit’s commander and can be distributed as well within NATO forces.

NATO has ordered a total of six MGGS units, which will be delivered to its Main Operating Base in Sigonella on the island of Sicily, Italy, and the first one will reach the base at the end of July. From there, the stations can be redeployed to NATO operating units worldwide as and when required.

"We are very proud to contribute to the AGS program with our knowledge and experience in Intelligence and Surveillance. Almost two hundred engineers and eleven industrial partners from seven nations‎ have supported the development and production of the Mobile General Ground Station”, said Bernhard Brenner, Head of Intelligence Business Cluster at Airbus Defence and Space. “MGGS will provide near-real time information about stationary and moving ground objects to commanders and troops all over ‎the world to serve as a valuable input for actionable intelligence."

The AGS industrial team, led by Northrop Grumman, includes Airbus Defence and Space, Leonardo and Kongsberg, as well as leading defence companies from the participating nations. The AGS system comprises five remotely piloted aircrafts developed and produced by Northrop Grumman as well as mobile and transportable ground segments developed and produced by Airbus Defence and Space and Leonardo.