DCNS exhibits at IDEX-NAVDEX in Abu Dhabi, UAE, from 19th to 23rd February 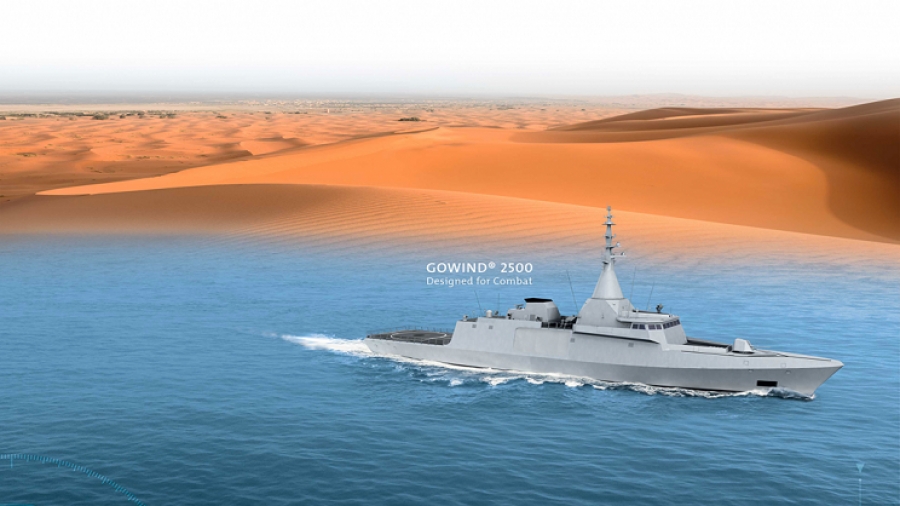 DCNS participates in IDEX-NAVDEX, which will be held from 19 to 23 February in Abu Dhabi in the United Arab Emirates. DCNS is a world leader in naval defence and an innovator in energy. As a naval prime contractor, shipbuilder and systems provider and integrator, DCNS combines resources and expertise spanning the naval defence value chain and entire system lifecycles. DCNS delivers innovative solutions from integrated warships to strategic systems, equipment and services.

DCNS has a commitment to its customers to stand by them and be a strategic solutions provider. Based on a long term partnerships experience, the Group is determined to contribute to its customers’ self-reliance and sovereignty in the Middle East.

On Saturday 18 January, Jean-Michel Orozsco, DCNS VP mission systems and drones, is participating as speaker in the Conference dedicated to Cyberdefence.

DCNS local and long-term commitment in the Emirates is illustrated by the Group’s decision to set up an office in U.A.E in 2010 in order to strengthen links with GCC countries.

The DCNS booths at IDEX (booth 07-B38) and NAVDEX (booth B-038) showcase its state-of- the-art products and solutions.

Surface combatants, submarines and their equipment

The GOWIND® 2500 represents a new generation of multi-mission corvettes, robust and well equipped, both in terms of electronics, weapons and projection capacities. Integrating DCNS SETIS® Combat Management System, she has a comprehensive Combat System for full-scale multi-threat missions, including a complete Anti-Submarine Warfare, Anti-Air Warfare, and Anti- Surface Warfare suites. GOWIND® 2500 has already enjoyed a significant commercial success as 10 units were sold in 2013 and 2014 for the Malaysian Navy and the Egyptian Navy.

Regarding the FREMM multimission frigate, she combines the latest technologies developed by DCNS, being the most advanced ship in her class worldwide. On 19 May 2015, DCNS achieved a world premiere in Europe in successfully launching from a surface ship, the first-of-class FREMM Aquitaine, the first Naval Cruise Missile (NCM). The NCM can strike distant land targets with very high precision, thanks to its guidance system, reducing the risk of collateral damage. France’s total order is eight vessels with a delivery scheduled by 2022. In addition, one FREMM frigate has been delivered to the Royal Moroccan Navy and one to the Arab Republic of Egypt in June 2015, simultaneously with a five-year through-life support contract.

the MU90 torpedo is capable to counter any type of submarine even acoustically coated, deep diving, fast evasive, deploying anti-torpedo effectors or bottomed in littoral areas.

The F21 heavyweight torpedo is being developed in response to new and emerging operational challenges to offer the host submarine unrivalled dominance. The F21 has been selected for the next-generation Barracuda-type SSN fleet.

DCNS offers CANTO® for submarines and surface ships, the latest anti-torpedo based on confusion/dilution principle.

In addition to its offer, DCNS presents vessels from the Kership range, a joint venture between Piriou and DCNS. Kership offers a large range of ships up to 95m long adapted to the many evolving imperatives of the maritime domain: anti-piracy, border control, fight against trafficking, humanitarian assistance and anti-pollution.

Last but not least, DCNS offers a wide range of support services during the entire lifecycle of both surface ships and submarines. These services stretch from the simplest order of spare parts to the through-life support of complete fleet. On top of current support operations, DCNS can carry out modernisation and life extension programmes to maintain fleet availability at optimal cost. In Saudi Arabia, DCNS has a thirty-year presence and is now working on three programmes improving the Saudi fleet’s availability through its subsidiary based in the Kingdom.

DCNS also offers a complete set of courses and solutions designed to train all levels of naval and industrial personnel, from the start of a project through decommissioning and/or dismantling. Finally, DCNS proposes services in naval bases and shipyards from the Design, Engineering, Construction, and Operation to the maintenance of these infrastructures. This global offer is designed to help navies to maintain and expand their self-sufficiency within technology transfer programmes.