BAE Systems To Focus on Hi-Tech Security Solutions At IDEX 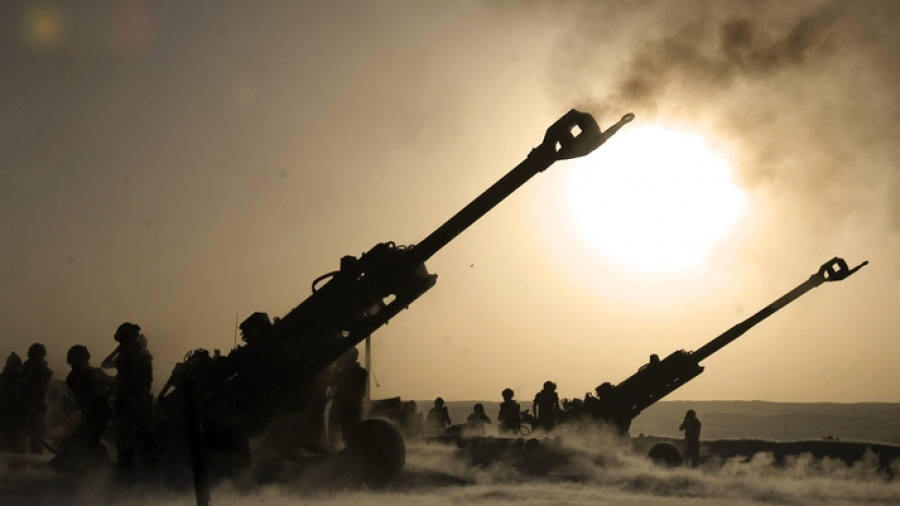 BAE Systems’ participation at Idex 2017 in Abu Dhabi next week is built around a range of technologically enhanced defence solutions across land, sea, air and cyber, the company said.

Idex 2017, the international defence exhibition and conference will be held from February 19 to 23 at the AbU Dhabi National Exhibition Centre (Adnec).

BAE Systems’ regional managing director for Middle East Julian Donald said: “The technologies and solutions we have at Idex allow governments to protect their citizens but also achieve the goals of their important national visions and strategic agendas.

“In addition to the advanced air, sea, land and cyber technologies, training is also something we’re showcasing during Idex, particularly relating to our Hawk Advanced Jet Trainer and the pilot and support development journey. This is a key component of developing a sustainable indigenous capability, an area to which we’re committed. This is built upon a solid foundation of programmes being rolled out in the region to promote science, technology, engineering and maths (STEM) related careers,” he added.

Several successful BAE Systems products will be on show. India recently joined the US, Canada and Australia in gaining the proven pedigree of the M777 Ultra-lightweight Howitzer, which will feature on the stand at Idex. The APKWS semi-active laser guided rocket that can be integrated on both rotary and fixed wing platforms will also be shown, it said.

Enhancing capability with technologies able to be retrofitted to existing platforms continues the presence at the show. The Advanced Threat Infrared Countermeasure (ATIRCM) and Common Missile Warning System (CMWS) advanced counter-measure systems that can be retrofitted to fixed and rotary wing aircraft will be featured alongside advanced displays including LiteHUD and DLE HUD, which can be integrated on both new and existing fixed-wing aircraft.

Naval protection is on display with several solutions on BAE’s stand including the 40mk4 and 57mk3 naval gun systems, in addition to information about naval vessels such as the versatile Offshore Patrol Vessel, a ship designed to perform economic exclusion zone management roles, and a design adaptable to individual customer needs, it said.

The Bradley Fighting Vehicle, a key land defence capability which has proven capabilities and flexibility to match multi-role assignments, will also be on the Idex stand.

The performance of Eurofighter Typhoon, the most advanced multi-role combat aircraft on the market, also continues to be a focus. Capability and integration of the Phased Enhancements programme, P1E to P3E will be highlighted, along with continued evolution of the swing-role aircrafts weapons, sensors and information management systems ensuring Typhoon meets future operational requirements, it said.

Donald continued: “We’re also underlining our commitment to partnerships which enable us to deliver platforms and capabilities that meet precise customer requirements.”

He added: “We have a proven track record of successful partnerships throughout the Gulf, including in the Kingdom of Saudi Arabia where we recently celebrated our milestone 50th Anniversary. We believe partnerships are the most effective way to transfer knowledge – and we recently announced another, agreeing to collaborate with Turkish Aerospace Industries on an indigenous fifth-generation fighter jet for the Turkish Air Force, the TF-X.”