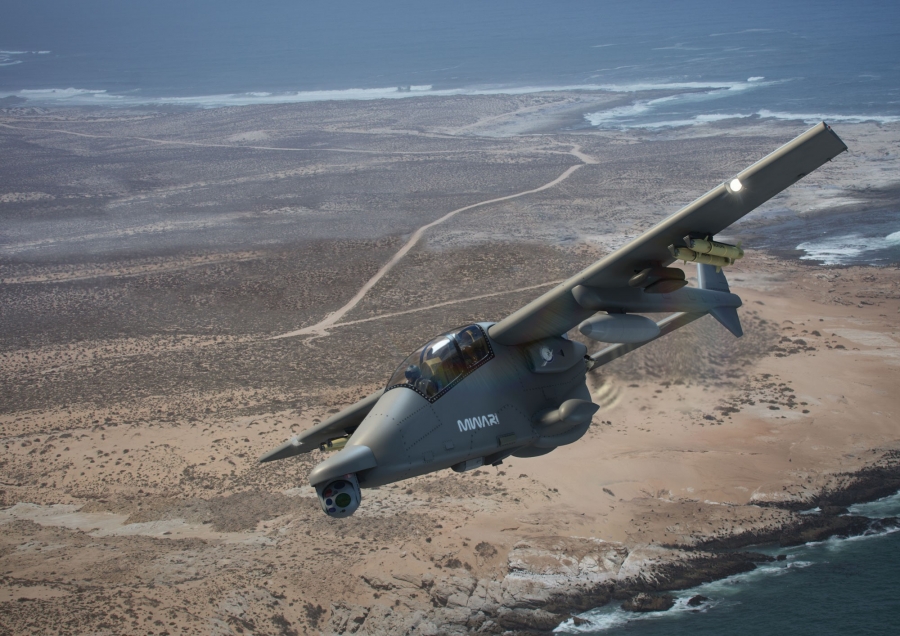 Abu Dhabi, UAE | February 17 2017 – The Paramount Group, the Africa-based global defence company, is showcasing its latest innovative land, sea and air portfolio products at IDEX 2017  in Abu Dhabi in response to demand for defence alliances across the Middle East.

With all the countries in the Gulf region looking to secure their borders in order to protect their citizens and economies during a period of global uncertainty, governments are investing more into defence spending than ever before. This is set against a time of continuing low oil prices, regional conflict and turmoil in global politics. The strategy and economics underpinning behind old alliances is being challenged to ensure relevance in this new environment.

Paramount Group has increased its presence in the Middle East over the past years in order to service its clients and provide governments with affordable cutting-edge technology and defence solutions that is demanded by this new world order.

The highlight of Paramount’s portfolio at this year’s event is the MWARI aircraft, which is a militarized version of Paramount Group’s AHRLAC. The MWARI packs the same surveillance and targeting capability normally associated with a much larger class of aircraft. The MWARI who’s name translates as ‘All Seeing Being’ in the Shona dialect of Southern Africa, through its on-board sensors offers a 30,000 ft birds’ eye view of the world and combines the technology and design elements of both a helicopter and reconnaissance aircraft. The aircraft’s low acquisition cost and lower operating costs make a compelling argument for air forces wishing to increase capability without overspending their budgets. 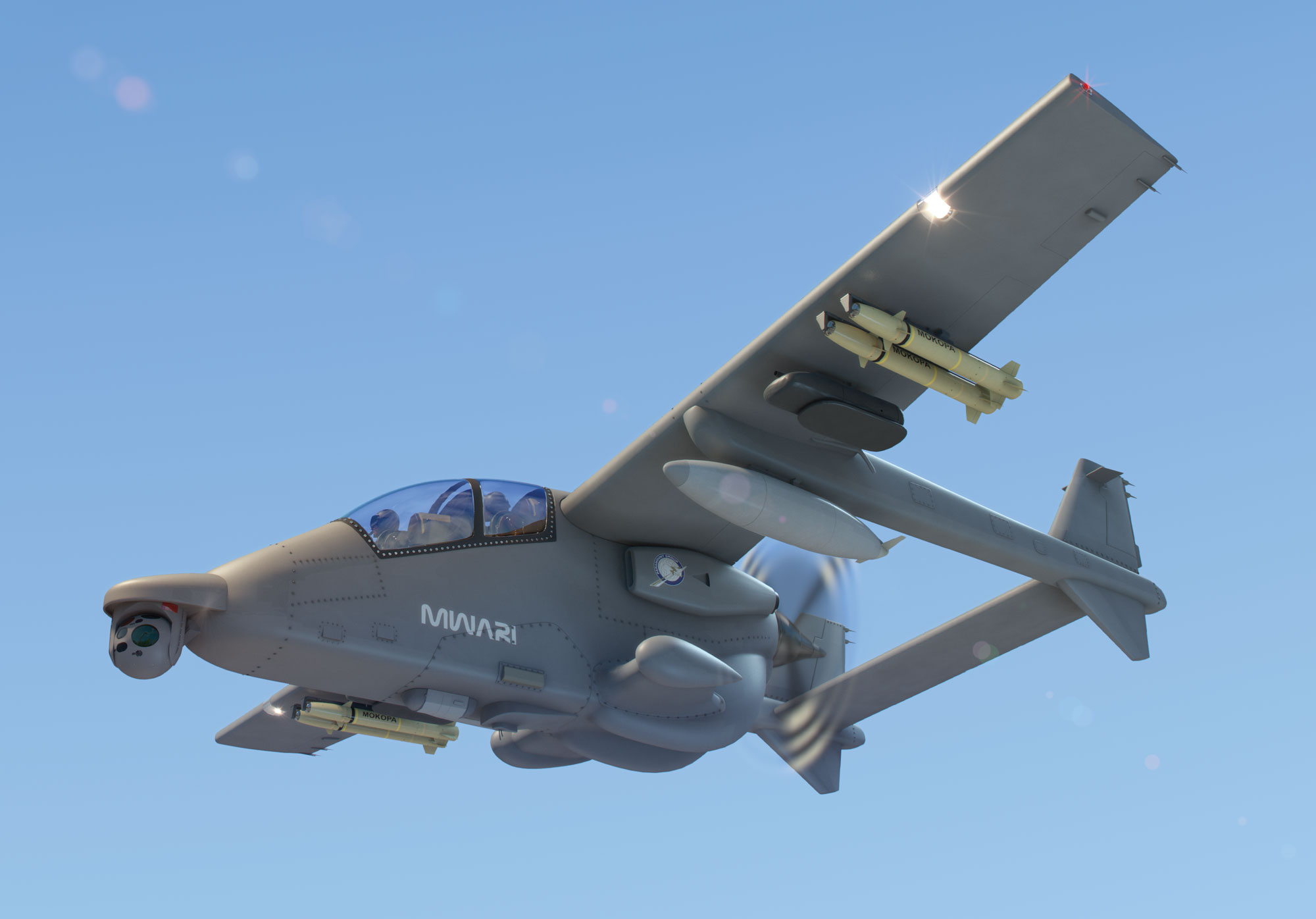 Ivor Ichikowitz, Founder and Executive Chairman of Paramount Group, said: “The demand for defence expenditure has drastically increased in the past year, and there is every indication that it will continue to grow. This comes at a time when there are huge social and economic challenges facing national budgets. With geo-political uncertainty set to continue, and countries needing to control and secure their borders, there has never been a more crucial time for governments to provide affordable security and stability to their countries so that their citizens can prosper and their economies can continue to diversify.

“As an example, a paradigm shift has occurred in the last decade; the Middle East is moving away from buying equipment from traditional suppliers and towards developing technology, designing indigenous systems and exporting those systems globally – in short, they are moving from being big spenders to big innovators. The region is fast becoming an industrial powerhouse through increased manufacturing capability, targeted investment and better access to digital technologies. Local companies are expanding, winning international contracts and building partnerships with international companies such as Paramount Group, which share the same ambitions and vision.”

“The establishment of the Emirates Defence Industries Company (EDIC) was a visionary step from the UAE to diversify its economy away from oil reliance and to drive defence industrialisation. With the right leadership, focus and investment great strides will be made to take a diverse portfolio of capability to an integrated defence industrial self-sufficiency.”

Commenting on global trends in the defence industry, Ichikowitz said: “The Middle East’s biggest defence suppliers, such as the USA and Europe, have recently encountered major political changes at home which have created uncertainty around their defence and foreign policy strategies.

“This has led to a re-assessment of well-established policies and agreements relating to security and spending, providing opportunities for new alliances and partnerships. This will further stimulate the demand for greater self-reliance, and allow countries to develop their defence and industrial capabilities.

“There are examples of this already emerging in the Gulf region, for example, Saudi Arabia has launched its ‘Vision 2030’ campaign, which aims to localise over 50% of its military equipment spending by 2030, that’s 25 times more than is currently happening. Growth at that pace will bring its own challenges, challenges that will only be solved through partnership.”

Ichikowitz also warned about the challenges and opportunities that the advent of the Fourth Industrial Revolution will present to the regional defence industry: “The emergence of the Fourth Industrial revolution can open up a huge opportunity for the Middle East, where it can take advantage of the move towards connected factories, advancements in robotics, Artificial Intelligence (AI), composite materials and 3D printing that have the potential to disrupt and reinvent the $12 trillion global manufacturing industry, unlocking unprecedented economic potential. When I look at this region today, I see these capabilities growing and taking shape. Look at STRATA, Mubadala Aerospace, ADASI and EDIC here in the UAE – all of them are testaments to the vision and determination of the leadership in this country.

“This global drive will certainly bring challenges for countries and industries, but also excellent opportunities – design and processes will be faster and smarter. Production and manufacturing can be achieved at a lower cost, with research showing that the defence and aerospace sector could experience cost savings of nearly $9 billion by 2020.”

Commenting on the importance of IDEX as a global platform for foreign companies, Ichikowitz said: “IDEX has grown tremendously into one of the world’s largest defence EXPOs, which is a great reflection of the growth in the local defence industry. It’s expanded from a local event, dominated by large international defence companies, to become a crucial platform in showcasing and exporting the technologies and capabilities of the region.

“For Paramount Group, it’s one of the most important events in the defence industry. As the leading provider of defence technology solutions from the African continent, it allows us to showcase those technologies, expand our partnerships and strengthen our relationships in the region.  It’s also an important geopolitical event, where partners and allies reaffirm their relations with governments and policy makers, and is therefore an excellent barometer of regional defence requirements.”

“Our portable manufacturing and partnering model is now perfectly aligned with the declared intent of various Middle Eastern countries to create domestic capacity.  Where many organisations are still learning this approach, Paramount Group has been implementing projects on this basis for many years and is now a major partner in even the most sophisticated markets.”

Paramount Group is also showcasing its highly advanced infantry combat vehicles at IDEX 2017, including the Mbombe 8 which is the flagship of the Mbombe family of 4x4 and 6x6 vehicles and is one of the most advanced 8x8 mine-proof combat vehicles available in the world, incorporating ‘lessons-learned’ engineering on platform and soldier survivability from conflicts in Africa and the Middle East.