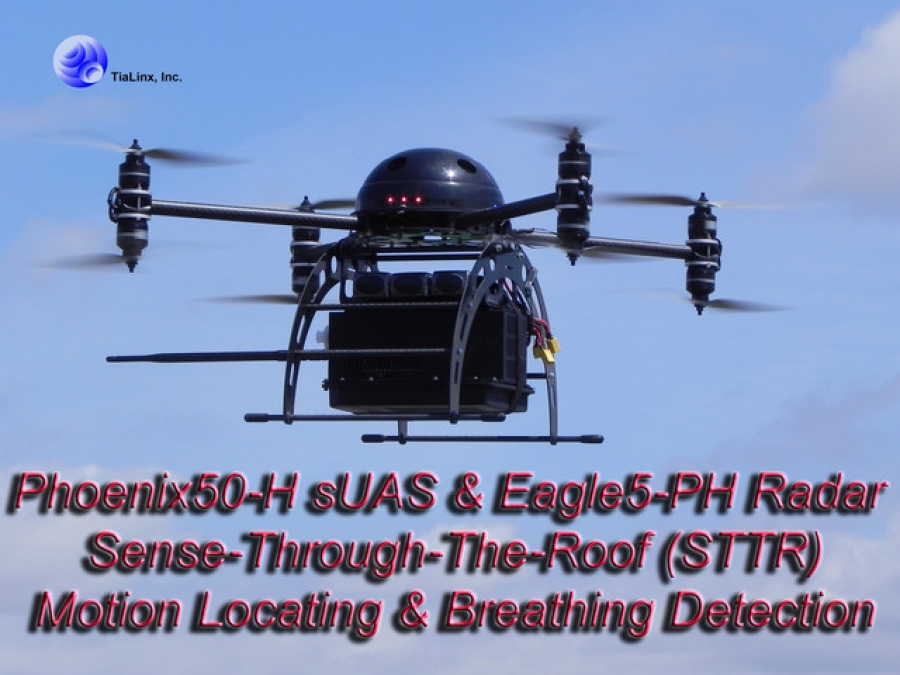 TiaLinx, Inc., a developer of multi-spectra sensors integrated with drones and land robots, announced the presentation and showcasing of its Eagle5 and Lynx10 family of products at the International Defense Exhibition and Conference (IDEX-2017) in Abu Dhabi, United Arab Emirates (UAE) on February 19-23, 2017.

Trust International Group, LLC has been chosen as TiaLinx's UAE reseller and will showcase many of the products such as the Eagle5-NN (sense-through-the-wall module capable of seamless integration with legacy robots), Eagle5-NC (dual function GPR, and breathing and motion detector of persons behind thick concrete), as well as its Lynx10-B (sense-through-the-air module for detecting live persons underneath the rubble of a collapsed building).

The light advanced sensors are designed to detect the existence of live persons inside a compound, while their high-resolution display capabilities clearly indicate the precise location of live persons. Unmatched in the industry, TiaLinx's patented Wafer-Scale™ beamforming and use of coded ultra-wideband radar technologies enables the sensing and networking of the units to identify and track multiple individuals through thick concrete walls.

The impulse-based ultra-wideband system is superior to the single or multi-frequency ultra-wideband Doppler technologies in many ways: (i) traditional Doppler solutions are based on motion sensing and thus become inefficient in motionless scenarios, where a person is hiding or pretending to be expired; and (ii) significant attenuation is also encountered in sensing through thick concrete, which forces the use of higher power transmissions that are environmentally hazardous or cause the failure of communication devices.