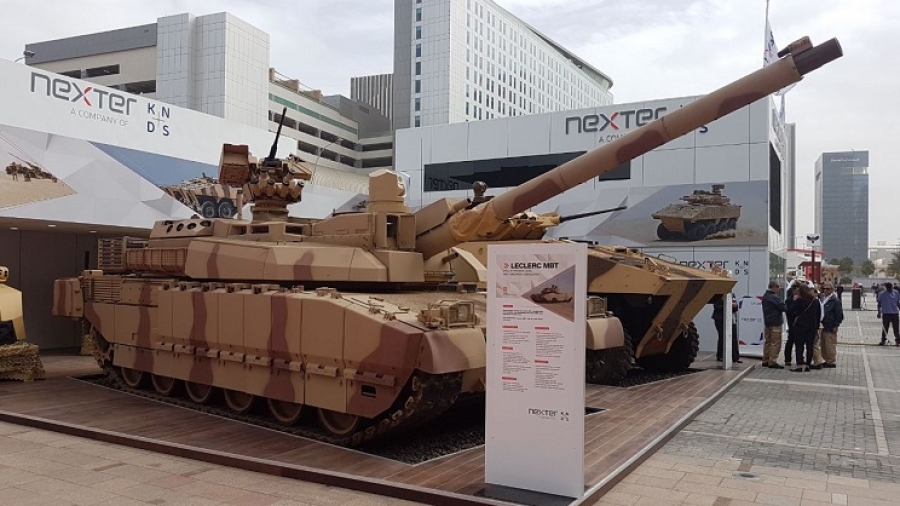 Abu Dhabi, February 20, 2017 – With a century’s experience in tank manufacturing to its name, Nexter, the leading French land defense systems and ammunition designer and manufacturer, is one of the world’s most experienced tank manufacturers. The Leclerc Main Battle Tank, a key component of the French and UAE land forces, is the latest tank resulting from Nexter’s strategic know-how. The UAE Leclerc MBT will take pride of place on Nexter’s booth from February 19 to 23 at the IDEX 2017 exhibition.
Since the first prototype was unveiled and the UAE Leclerc MBT contract was sealed in 1993, more than 750 Leclerc MBTs have been produced by Nexter and deployed by the French and UAE Armies. The Leclerc remains one of world’s elite tanks and acts as a tremendous deterrent, as it has demonstrated in Kosovo and Lebanon and during military exercises in Poland and the Gulf Falcon exercise in the UAE.
Nexter continues to invest heavily in its service offering to ensure that the Leclerc’s operational effectiveness remains unequalled. The Leclerc is featured on the booth together with some new equipment, including a KMW Remote Controlled Stabilized Weapon Station (RCWS), a new commander sight, and a new vision system. Nexter also invest and innovates on main battle tanks product lines through an upgrade and modernization initiative carried out under the French SCORPION program, which aims to equip the Leclerc with better protection, better armament and better vision systems. Such activities guarantee Nexter to enhance MBT design and engineering capabilities for the foreseeable future.
“Leclerc MBT is still the best in its class and—now more than ever before—well-suited to handling current threats” said Gérard Griseri, Senior Vice President Armored Vehicle.
Find Nexter and its products on stand CP-240