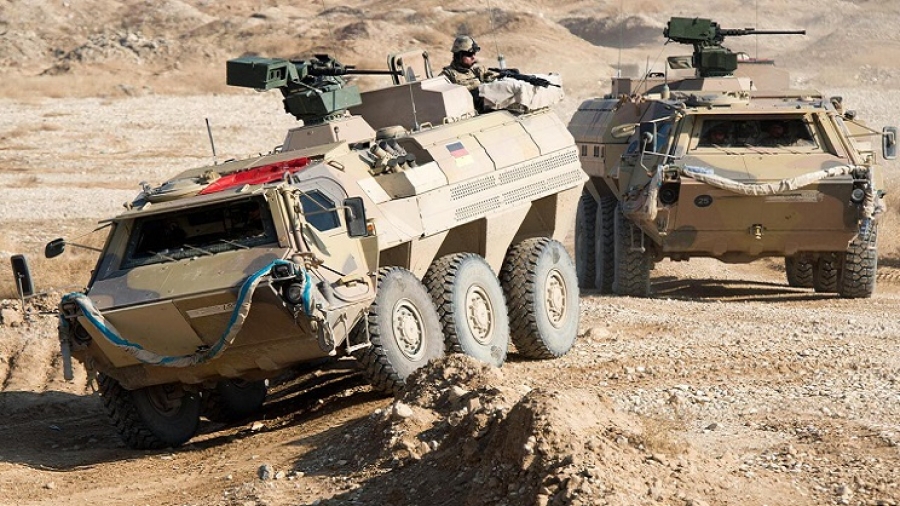 The Düsseldorf-based technology group Rheinmetall generated consolidated sales of €5,602 million for fiscal 2016. Compared with the previous year’s figure of €5,183 million, sales increased by €419 million or 8%. Both sectors contributed to the growth in sales at the Group.

 Defence increases sales by 14% and improves EBIT to €147 million

Earnings before interest and taxes (EBIT) were increased by €66 million to €353 million in fiscal 2016, following €287 million the year before. This 23% improvement in earnings is primarily attributable to the Defence sector. Rheinmetall thus increased the EBIT margin to 6.3% in 2016, following 5.5% in the previous year, and fully lived up to the most recent outlook, which targeted an EBIT margin of around 6%.

Operating free cash flow likewise increased in both sectors. It was €161 million in the Group in 2016 and thus significantly higher than the previous year’s €29 million.

Armin Papperger, CEO of Rheinmetall AG: “We continued to grow in terms of sales and earnings in fiscal 2016. We also achieved a substantial rise in cash flow. The foundation has therefore been laid for enhancing our technology group for mobility and security in the next few years. We want to and will face up to this task. Organic growth and the further improvement of our results remain our targets for the fiscal year that has just started.”

The Automotive sector performed well again in fiscal 2016 and surpassed all the previous year’s main key figures. In sales, the sector grew by 2.5% and increased its revenue to €2,656 million (previous year: €2,592 million) despite the declining performance on the Brazilian automotive market and with large-bore pistons.

The Mechatronics division made a disproportionately high contribution to growth again in 2016. It generated sales growth of over 5% with its products for reducing consumption and emissions.

The sector’s sales figures do not include contributions from the joint ventures in China, where revenue increased by €40 million or 5% to €825 million (previous year: €785 million). Adjusted for currency effects, revenue growth in China was around 10%. Rheinmetall Automotive’s 100% subsidiaries in China increased their sales by 31% from €83 million in the previous year to €109 million in 2016.

Earnings before interest and taxes (EBIT) in the Automotive sector reached a new high of €223 million in fiscal 2016 (previous year: €216 million). The EBIT margin in 2016 thus increased slightly again to 8.4% after 8.3% in the previous year.

The Defence sector generated sales of €2,946 million, growth of 14% or €355 million compared to the previous year’s €2,591 million. As in the year before, a double-digit growth rate was thus achieved.

As the order intake of €3,050 million was also well above the previous year’s figure (€2,693 million), the book-to-bill ratio (order intake/sales) remains at a value higher than 1.

The Defence sector’s order backlog, which is one of the sources for the sector’s future organic growth, totaled €6,656 million at the end of 2016, €234 million higher than the previous year’s €6,422 million.

The Defence sector’s earnings grew faster than its sales in 2016. Earnings before interest and taxes (EBIT) reached €147 million in the reporting year, exceeding the comparative figure for the previous year by €57 million or 63%. The sector achieved an EBIT margin of 5% in fiscal 2016.