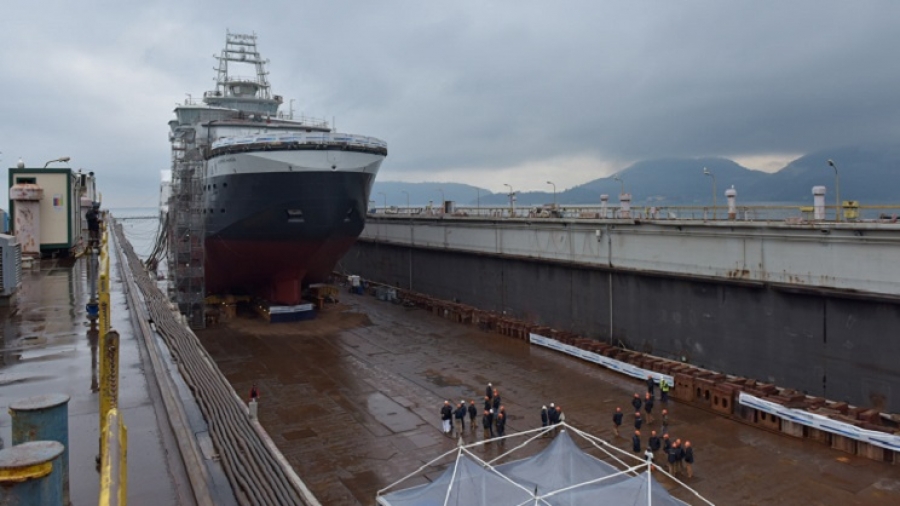 
Trieste, February 28, 2017 – “Kronprins Haakon”, the oceanographic icebreaker which Fincantieri is building for the Norwegian government, has been launched at the shipyard in Muggiano (La Spezia). Fittings will continue leading the vessel to its delivery, scheduled by the end of 2017. 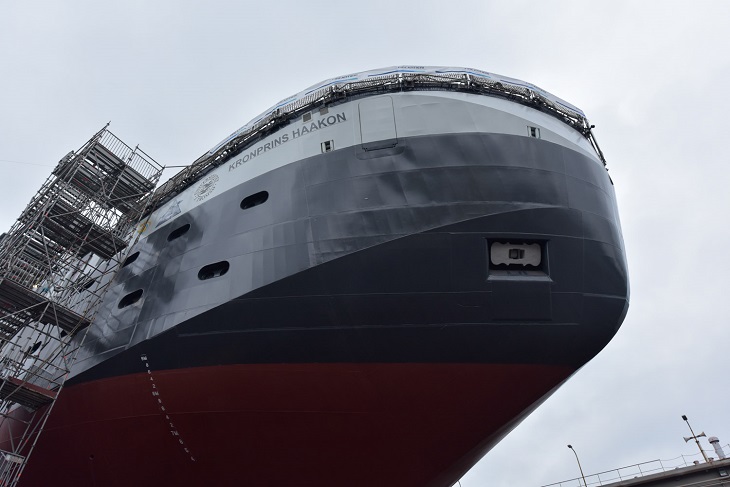 “Kronprins Haakon” will operate in the polar waters and will be one of the most advanced icebreakers in the world, providing a high-tech facility for the study of the marine environment. With a gross tonnage of about 9,000 tons, 100 meters long and 21 meters wide, the vessel will be able to accommodate 55 people in 38 cabins - research personnel, students and crew - and will be fitted out with the highest standards of comfort for passenger ships. Its hangar at the bow will have two helicopters and the unit will be equipped with complex instrumentation able to investigate the morphology and geology of the seabed. 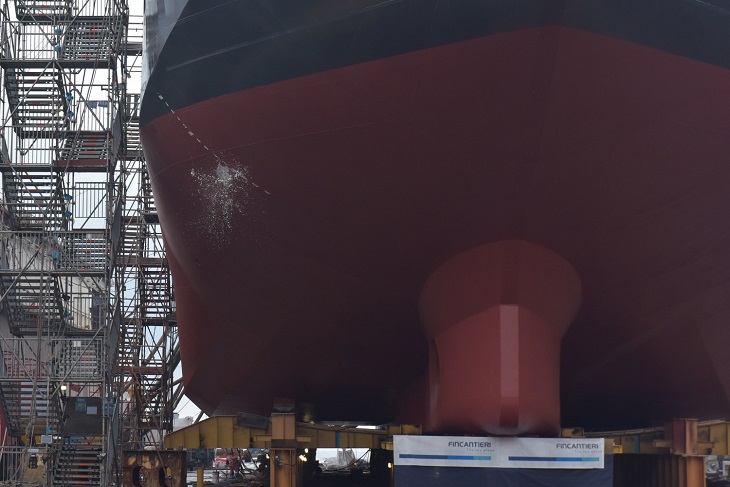 Rolls-Royce Marine made the functional design of the ship. “Kronprins Haakon” will have a cruise speed of 15 knots and will be able to move on independently through ice thick up to one meter and with particular silence requirements to avoid disturbing the sea environment. The ship was in fact built according to criteria ensuring minimum environmental impact and reduced radiation of noise underwater, so as to allow studies on fish and marine mammals. She will be able to carry out its oceanographic and hydrographic research activities in any area of operation.