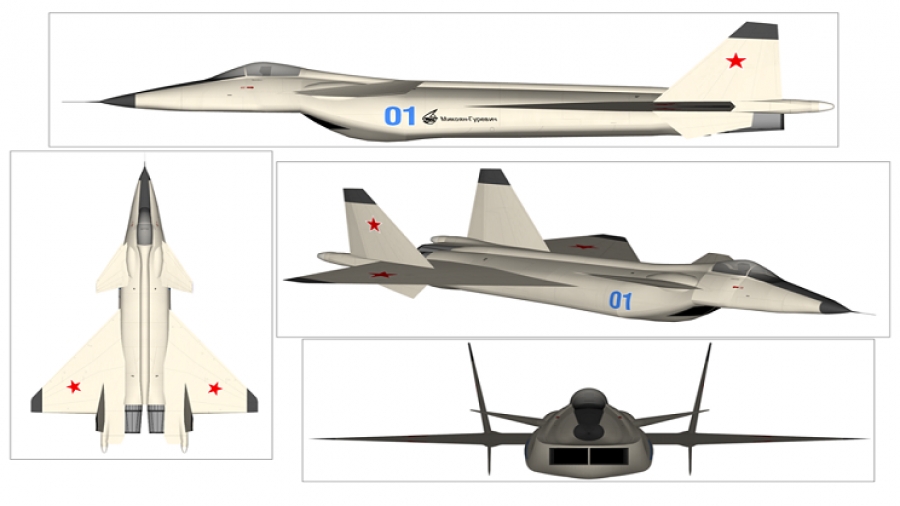 IDEX's 2017 didn't only establish itself among world's major defense related events but also witnessed the signature of a joint agreement between Russian firm Rostec and the UAE ministry of defense aimed at developing and producing a light fifth generation aircraft based on the mig-29 airframe. Under this agreement, Russia is set to provide the UAE with fifth generation technologies in order to be produced locally in partnership with UAE defense firms.

The agreement, described as "completely different than other defense deals signed between the UAE and the west", revealed an Emirati intent of establishing itself as a major aerospace and defense pole in the MENA region. This goal, primarily driven by a desire of breaking from an oil-dependent economy, would be reached through a major shift in defense procurement strategies in a way that takes into consideration major technology transfers and the establishment of an infrastructure capable of building robust, technological products independently of foreign manufacturers.

Around the world defense offset programs have been a serious source of criticism due to inconsistencies in generating economic value. however, it can be done with the right incentives in places for the various participants: exporting countries usually want to preserve jobs, contractors want to maintain control of intellectual properties while on the other side, exporting countries want to remove barriers to building industrial ecosystems-improving prepared human capital pools, and ancillary services- to take care of the opportunity.

From a Russian perspective, Russian Aircraft Cooperation MiG was reported working on another fifth generation aircraft, according to Deputy Prime Minister Dimitri Rogozin, aimed at replacing old MiG-29 variants as well as complementing Sukhoi's PAK-FA. Therefore, the signature of such an agreement would be essentially viewed as an opportunity especially from a financial point of view since it would significantly reduce research and development costs in a way that resembles the agreement signed with India last year.

However, with a fleet comprised in its culmination of 80 F-16 E/F Block 60 "Desert Falcons" and approximately 60 upgraded Mirage 2000-9, the agreement seems to be at odds with the interests of other major defense producing nations primarily the United States and France. The Emirati ministry of defense is reportedly negotiating with Dassault Aviation in order to be the next Rafale operator in the MENA region (post 2018-timeframe) while the United Arab Emirates Air Force is rumored to be the second Middle East operator of the Joint Strike Fighter following the integration of the 3F software. Consequently, political interference may not be dismissed at this stage to prevent this agreement form turning to reality in a similar way that previously occurred in the 90s when the UAE was about to procure a trust vectoring version of the SU-35 (publicly known as the SU-37) before finally deciding to procure Lockheed’s F-16.