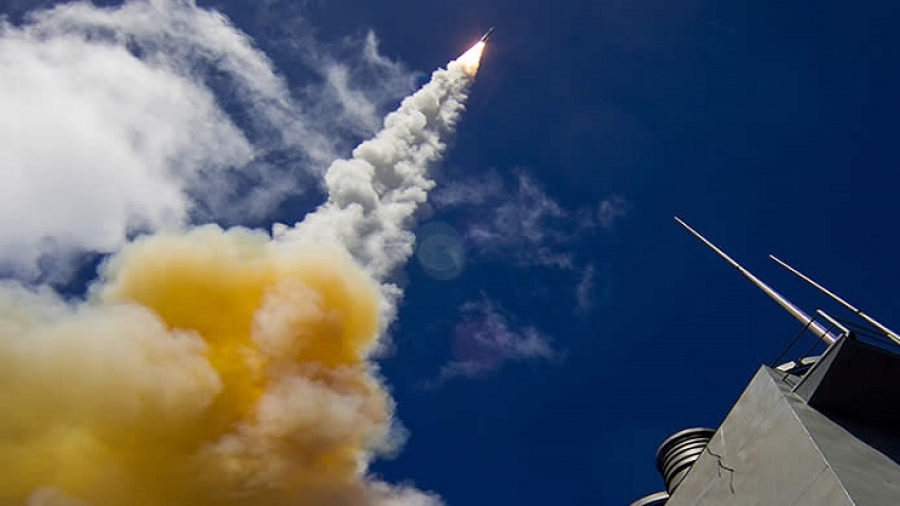 SM-6, produced by Raytheon Company (NYSE: RTN), is the only missile in the world that can perform anti-air warfare, anti-surface warfare, and terminal ballistic missile defense.

"The U.S. Navy began deploying SM-6s four years ago, but we've continued to give it software upgrades and test it in every possible scenario to learn more about what it could do," said Mike Campisi, Raytheon's SM-6 senior program director. "We've continued to raise the bar, and the missile has exceeded it every time."

Four SM-6 missiles were fired throughout the testing, each against a single shore-launched, sub- or supersonic target. All four test missions were successful.

"The missile is fully ready for deployment in all three modes at sea," said Campisi. "That kind of flexibility is exactly what our sailors need, and that's exactly what they're going to get."

Final assembly of SM-6 takes place at Raytheon's state-of-the-art production facility at Redstone Arsenal in Huntsville, Ala. Raytheon has delivered more than 330 SM-6 missiles with continuing production. The U.S. Department of Defense approved the release of SM-6 to several international customers in early 2017.